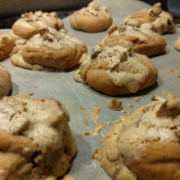 There has been much written over the last few years of the threat that artificial intelligence and other emerging technologies pose to existing employment. There is no doubt that there have been incredible achievements in these areas, consistently outperforming people who would normally be considered the ‘smartest in the room’.

There is no doubt that smart machines will become increasingly prevalent in our lives but they have a significant shortcoming that is unlikely to be addressed any time soon.

At the end of the day, the machines don’t care. They don’t actually give a shit about you and the impact their decision has.

…and to illustrate this point we need to discuss the biscuits I baked on the weekend. 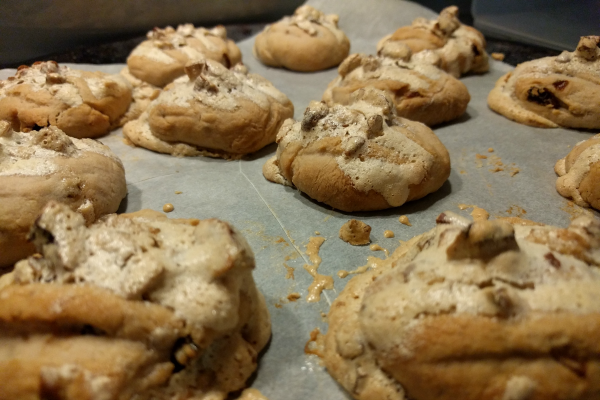 In actual fact, my wife, Naomi, baked the biscuits.

Perhaps the most well known of these smart machines is IBMs Watson which, in 2011, beat not just two of the smartest people in the room but two of the smartest people in the United States. In a special edition of the game show Jeopardy, Watson was pitted against the game’s best ever players, Ken Jennings and Brad Rutter (both previously undefeated champions), and beat them…twice.

Since graduating from quiz shows, IBM’s Watson technology has been applied in a whole bunch of different ways including helping doctors diagnose cancer, facilitating tax returns and providing advice on where to get the best Chinese food. But of all the applications perhaps the most intriguing has been Chef Watson. Chef Watson is what you get when you combine machine learning with a large database of recipes. By parsing 30,000 odd recipes Watson started matching which ingredients work well together. The free Chef Watson app then combines this with Bon Appetite magazines recipe database to generate new and intriguing recipe combinations.

Last weekend I was speaking at the Mindshop conference in Sydney and thought it might be nice to bake some biscuits for the delegates.* So after browsing Chef Watson and disregarding the biscuit recipes that included pulled pork and other types of meat, I settled on cream cheese, red onion, pecan and raisin cookies. According to Watson these ingredients have a 98% synergy.

*OK, anyone who knows me knows this is a lie. I don’t bake, I only cook. I think this comes down to two things, firstly, with cooking you don’t need to really follow instructions (and I don’t like following instructions), and secondly, I will almost always order the cheese platter over the dessert. So in actual fact my wife, Naomi, baked the biscuits.

After handing out the biscuits at the conference the feedback I got was close to unanimous.

They weren’t terrible but they clearly weren’t great. And the truth is, Watson doesn’t even care. On the other hand, if I’d called my Mum and asked her for a recipe she would have taken the time to find out the type of biscuits that I wanted, gone through some options helped me narrow it down…and then probably baked them for me.

Now the theory is that if I then gave my feedback on the recipe back to Watson it could then use that to fine-tune the algorithm and serve me up a better recipe next time. On the Chef Watson website IBM suggest “Chef Watson really needs you to use your own creativity and judgment”…but all this is really doing is outsourcing the care to users. At the end of the day if Watson doesn’t care about us, why should we care about it.

So what does this all mean?

Most jobs involve other people and as a result require more than just facts, answers and judgement. They require a full range of emotions including compassion, empathy and care – all of which are required in any relationship worth having. Even call centre work (which is generally regarded as one of the most likely short term victims of AI and machine learning) is not immune from this. A study by Duke University suggests that customer satisfaction within a call centre environment is overwhelmingly influenced by how they were made to feel (81%) rather than the information that was presented (19%).

And what will make human employment safe for the foreseeable future (though potentially in different form) is that unlike technology, care and human connection is far more difficult to scale.

Following the match Ken Jennings wrote a piece for Slate magazine which included this:

“Just as factory jobs were eliminated in the 20th century by new assembly-line robots, Brad and I were the first knowledge-industry workers put out of work by the new generation of ‘thinking’ machines. ‘Quiz show contestant’ may be the first job made redundant by Watson, but I’m sure it won’t be the last.”

I have no doubt that Ken is right but it also highlights both the strength and weakness of smart machines such as Watson. They excel at jobs where success is defined by facts rather than feelings. In a quiz show, the only thing that matters is whether you are right or wrong. But in most jobs, being right or wrong is often just one small part of the equation.

This blog post has been syndicated to Medium. If you’d like to add comments or ideas, head over to this page.