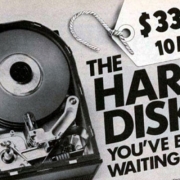 I have ranted before about the shortfalls of budgeting and how budgeting encourages us to think of projects in terms of cost rather than in terms of value creation. This is particularly troubling for parts of the organisation known as Corporate (or Shared) Services. Corporate Services generally include areas such as Legal, Human Resources, Procurement and IT. These services are necessary for the smooth operation of the business, but unlike Operations, they are generally not considered to be income generating. As they aren’t directly involved in income generation, they are often seen by the rest of the business as a necessary evil where their cost (and often their involvement) needs to be minimised (for IT this challenge is often particularly acute because in many large organisations the Head of IT reports into the CFO).

The problem with this approach is by focusing on cost minimisation, organisations inadvertently also reduce value generation.

In the modern workplace, technology improvements have become an increasingly fertile ground for innovation but ‘innovation’ is often in direct conflict to the IT department’s primary objective of platform stability and security. Perhaps the simplest definition of innovation is ‘change that creates value’, but change both contradicts the goal of stability and also necessarily comes with attached risk, and risk is often viewed in conflict with the goal of security.

This perceived conflict has created a certain inertia in how IT departments operate that somewhat ironically results in more but different types of risk. Organisations might think they are reducing short-term operational risk by focusing on stability and security, but in doing so they are creating medium-term implementation risks (as change shifts from being small, relatively simple and continuous to large, relatively complex and sporadic) and longer-term strategic risks (as competitors identify and implement technology innovations at a faster rate).

An alternative is to re position IT (and perhaps all corporate services) as innovation catalysts. Rather than passively waiting for people to tell them what they need, IT could be proactively engaging with the business to find out what could be done better (and then working in partnership to make it happen). I often talk of IT as being Digital Champions but like many terms that have entered our collective lexicon, its familiarity has led to it losing some of its meaning. A Digital Champion is someone who keeps abreast of emerging technology opportunities and then champions its potential within the organisation. Championing something is unavoidably and unashamedly proactive. It requires constant engagement, education and ultimately a sense of (shared) service.

If this feels like a seismic shift, it doesn’t need to be. Like any change it is best if it’s started small. It should not be focused on investing in or developing new platforms and instead aim to unlock the latent potential in the platforms an organisation has already invested in. Perhaps the biggest change requires is a change of mindset. Like other Corporate functions, IT are often treated as second class citizens, and as a result many have come to believe it. But by giving the IT team the tools and training, and subsequently the belief that they can drive innovation and add ridiculous amounts of value to the organisation, we can change this perception.

At the end of the day, the best way for IT departments to change the perception that they’re more than a cost centre is to prove it. All they need to do is take the time to understand people’s challenges and then share the know how they already have.  Person by person, team by team, department by department.

I’ll be hosting a two-day intensive program on 15-16 October in Sydney where we will take your champions through the process of identifying, investigating and delivering technology improvements with sustainable success. As a special offer, use the promo code INTENSIVE20 to avail of a 20% discount on the ticket price. Click here for tickets and further information on this insanely practical event.

Some things are good in theory but better in practice

Digital Champions Scholarships: Half the cost, twice the value
Scroll to top
X